The Effect of E-Cigarettes on Oral Health 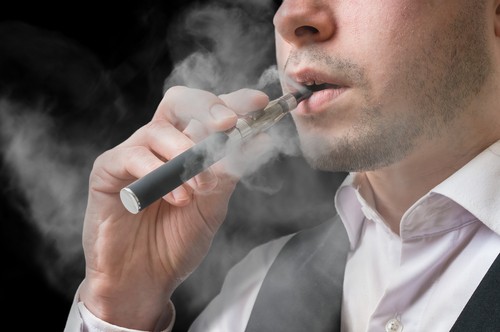 There’s a fairly new alternative to traditional smoking without the side effects of stinky clothes and bad breath. E-cigarettes, also known as vaping, has gained in popularity since first appearing the U.S. in 2007. Some use e-cigarettes as a method to help quit smoking. Others just pick up the habit having never been a smoker before. But at our Eastanollee dental office, we wanted to know if these electronic cigarettes are safe, or if they pose similar, or worse, threats to oral and overall health. So we researched it, and here’s what you need to know.

Unfortunately, we don’t know much about the potentially harmful side effects of smoking e-cigarettes. Even though they’ve been selling like crazy and are becoming so widely used that some places of business had to put up signs stating they’re prohibited, research regarding their safety is limited.

Some of the research that has been done on the effects of e-cigs and oral health found both some positives and some negatives. The positives of using e-cigarettes as opposed to regular cigarettes include no bad breath, no plaque calcification, and no yellowing of teeth. However, the risk for periodontal disease is still there. Nicotine has a tendency to reduce blood flow to the gums, and without proper blood flow, the mouth’s ability to fight off bacteria diminishes and the likelihood of gum disease increases. There’s also been reports of pneumonia, rapid heart rate, congestive heart failure, and airway resistance.

E-cigarettes have claimed to be a successful way to quit smoking, and we can understand why they’re an attractive alternative to tobacco-filled cigarettes. They have the nicotine craved by smokers, yet fewer byproducts. However, studies contradict the effectiveness of e-cigs as a smoking cessation method. For example, one study concluded that e-cigarettes helped current smokers reduce the amount of cigarettes they smoked by about half, while another suggested that smokers who use e-cigs are 59% less likely to quit. Before you decide to use e-cigarettes as an aid to quit smoking, consider trying another option such as:

If you’re a smoker, we encourage you to try quitting for both your oral health and your overall health. We also recommend seeing your dentist in Eastanollee every six months so that if a problem like oral cancer or gum disease does arise, it will be caught and treated early.

Accepting patients from Eastanollee, Toccoa, Habersham County and beyond.